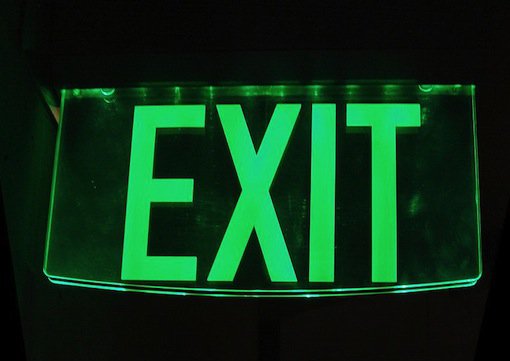 Both the mainstream and Christian press have reported that youth are fleeing Protestant Christian churches, and rapidly. Not true. In fact, young people are not leaving the church”or at least some churches. The Pew Forum commented in their U.S. Religious Landscape Survey that the “proportion of the population identifying with large mainline Protestant denominations has declined significantly in recent decades, while the proportion of Protestants identifying with the large evangelical denominations has increased.”

The numbers show a considerable 2.20 percent decline for the mainlines and a fractional 0.60 percent increase for Evangelical churches. These shifts in real numbers are quite notable, enough to strike real concern in some church leaders and hearty alleluias in others. It suggests that young people respond positively to a call to substantive discipleship and scriptural study. They are looking for something that calls them to be radically different.

There’s also a critical difference when considering the nature of those who are leaving the church altogether. It’s not surprising how this shakes out, but really quite simple. When considering those who do leave the faith in young adulthood as a category, only 11 percent said they had a strong, meaningful faith as a child. A whopping 89 percent said they did not. Therefore, two conclusions:

1) One doesn’t typically hang onto what they never really had.
2) Parents who are teaching and practicing for their children a meaningful, part-of-everyday-life faith are not wasting their time.

Popular doom and gloom media reports also do not make a distinction between young people leaving the church and young people simply converting to other churches. Young adults who are merely moving from one faith tradition to another, such as from Lutheran to Presbyterian, or Anglican to Catholic, are simply counted among the “leaving.” Professor Byron Johnson from Baylor’s Institute for Studies on Religion confirms this, “Switching is not an indication that Americans have abandoned or lost their faith, as many in the media and, unfortunately, a number of Christians would have us believe.” Changing lanes from one Christian tradition to another cannot honestly be categorized as “leaving” their faith.

Notre Dame’s Christian Smith, a world leader in this field of study, explains this reality from the reports of the young adults themselves:

Most emerging adults themselves report little change in how religious they have been in the previous five years. And those who do report change are more likely to say they have become more, not less, religious.

Considering the “nones” that we have heard so much about, there has been dramatic growth. “Nones” don’t identify with any particular faith and have increased from 3 percent in 1970 to 20 percent today. The most dramatic growth has been in the last few years, more than doubling since the 1990s.

Although the number of atheists and agnostics in the U.S. has nearly doubled since 2000, it is from a very low 0.5 percent to 0.9 percent. Most of the so-called “nones” do report some sort of faith. But they are bundling, picking, and combining only those options that appeal to their own tastes and needs. And many of them retain a somewhat meaningful faith, of the “I’m not religious, but spiritual” or “Don’t think of me as a Christian, but a follower of Christ” kind.

The finer details do reveal a very different story. So, when we hear Christians and our church leaders say things like “Well, we all know the grim numbers on how our young people are leaving the faith in droves!” we can now kindly correct them, reminding them that the truth of scripture is not the only kind of truth we have the responsibility of proclaiming.

Glenn T. Stanton is the director of global family formation studies at Focus on the Family His most recent books are Secure Daughters Confident Sons : How Parents Guide Their Children into Authentic Masculinity and Femininity (Multnomah, 2011 ) and The Ring Makes All the Difference: The Hidden Consequences of Cohabitation and the Strong Benefits of Marriage , (Moody, 2011).