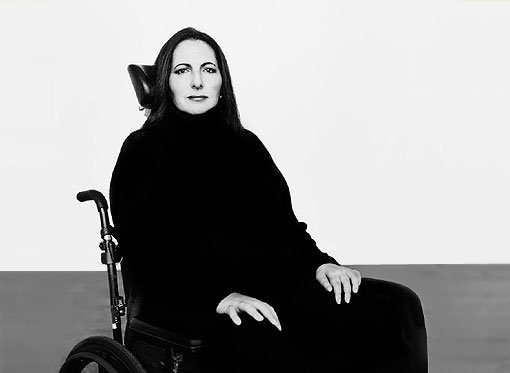 Jenifer Estess died of A.L.S., Lou Gherig’s disease, on December 23, 2003, nearly ten years ago now, at the age of forty. Before last week I never had any reason to seek an obituary for her. But I did and I found it. Finding it came with an inexplicable sense of loss.

I never met her, not really, though thirteen years ago we once spent a long morning in same U.S. Senate hearing room. We were on opposing sides of a debate on embryonic stem cell use. The hearing was staged”that’s the word”by the late Arlen Specter, senator from Pennsylvania, and Sen. Tom Harkin of Iowa. The two of them co-sponsored a Senate bill permitting federal funding for embryonic stem cell research.

Specter lured the media with celebrity witnesses, and the media obliged, showing up to cover Mary Tyler Moore (diabetic), Michael J. Fox (Parkinson’s) and Ms. Estess. Representing the other side was a list of relative nobodies: Anton-Lewis Usala (diabetic), Ron Heagy (quadriplegic), and me (diabetic).

Cleaning out a room the other day, I ran across the September 15, 2000 Kansas City Star ’s next-day coverage of the hearing. I’m on the front page, the local boy. So is Michael J. Fox. I hadn’t seen it in years.

It had been three years since her A.L.S. diagnosis. In another three it killed her. I never saw her again after that committee hearing. Worse, I suppose, after a while I could not even recollect her name, until I found that old article.

Still, I remembered the woman. A waif-like, mid-thirties, brunette bundled up in a wheelchair, she had been an actress and a theater producer until A.L.S. stripped her of everything: mobility, speech, and, finally, breath.

I was surprised that her death happened a decade ago, so long ago and, really, so soon after encountering her. I will credit her: From the accounts I read, she confronted her death with stoic resolve.

Though her name drifted from ready recall, I remember we exchanged wry smiles afterward in the lobby. Our eyes met by accident and we smiled. No more really than the usual nod or gesture a couple strangers exchange, having momentarily locked eyes. That was the extent of it, eyes meeting with brief flickering smiles. If there was any feeling behind it, I fancy hers was wistful; mine, I hope, was empathetic; both were half-embarrassed.

She had said a couple harsh things in response to my remarks, implying I was indifferently cruel. Those are not her words, just the feeling I was left with. Not that I blame her. Here was this marvelous cure, everyone was saying. With just a little more money, some readily available human embryos, and a bit more push, there it would be. Her cure was almost within grasp.

And here I was telling the senators, the cure was morally problematic if it involved destruction of human embryos. “Some diseases,” I told the senators, “are better than their cure.” I was referring to my own, but the subtlety of that got lost. She heard that and thought of her own, of course. I have no doubt it vexed her. The chronic killer diseases are always impersonal, until inevitably they become desperately personal. I wrote about the hearing afterward , but I did not quote her. Neither, by the way, did the Kansas City Star .

The promised use of embryonic stem cells (using “leftovers” from in vitro fertilization procedures) was dangling a treat in front of the starving. The two other witnesses and I were saying they could not have it.

Having caught each other’s eye I wanted to speak to her, I was going to speak to her, but the lobby was crowded and we were some steps apart. We were swept off in different directions and I never saw her again. I do not, in any case, know what I might have said that would not at the time have sounded insouciantly oily.

To hear some tell it afterward, I and other opponents of embryonic stem cell “harvests” are content to sit by and watch people like Ms. Estess die. I wanted to tell her I wasn’t the heartless s.o.b. she thought.

With the practiced skill of hindsight, this is what I wanted to say: “I am sorry this has come to you. I wouldn’t wish this on my worst enemy and were it in my power alone, I would make you walk. There is nothing in this life you did to deserve it and I will pray for you, seeking courage for your spirit, asking God to fill you with the love you inspire in others.”