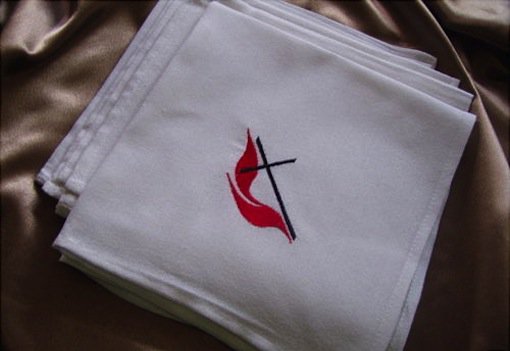 Richard John Neuhaus once sardonically noted that Methodism thinks in terms of centuries. The quip captured simultaneously his disenchantment with, deep knowledge of, and, although he might have denied it, continued concern about Mainline Protestant denominations, of which United Methodism is the largest. In his 1988 book The Naked Public Square: Religion and Democracy in America , Neuhaus recalled a group of Methodist clergy speaking insistently on what “we” must do on various public issues. He wasn’t initially sure whether “we” meant Methodists, Christians, or Americans until he realized it meant for them all three.

Not long before his 2009 death, Neuhaus remembered in the 1970s there was a widespread expectation that Methodism, as the largest and arguably the most culturally compromised of the Mainline denominations, would be the first to surrender its sexuality teachings. He noted the irony that the opposite in fact was the case.

On October 26, a retired United Methodist bishop defied his denominational prohibition on same-sex unions by celebrating one in Birmingham, Alabama at a United Church of Christ sanctuary. About thirty Philadelphia area United Methodist clergy have publicly announced they will jointly conduct a same-sex union in the same spirit of defiance. There are about seven current cases of clergy, mostly retired, including a former Yale Divinity School dean, who have presided over same-sex unions and potentially face church trials.

Having realized they no longer can legislatively overturn the denomination’s teaching on marriage, thanks to fast growing United Methodism in Africa, where over 35 percent of the twelve million member church now lives, liberal United Methodists are now waging a campaign of “biblical obedience.” They claim they follow the spirit of the Bible even while defying their ordination vows to uphold the denomination’s Book of Discipline. At last year’s governing General Conference, 61 percent of delegates reaffirmed the church’s teaching that homosexual practice is “incompatible” with Christian teaching. The margin was such that votes on same-sex marriage and homosexual clergy were tabled for nearly the first time in forty years. Forty percent of the delegates were from overseas, from Africa, Europe, and Asia, and at the next convention in 2016, about 50 percent will be.

These fights over marriage and sex are the fruit of a century of liberal Protestant theology. United Methodism is almost the only the historic Mainline Protestant denomination that has not surrendered on sex, because of its global membership. There may be increasing strife as liberal church elites, so long in the ecclesial driver’s seat, and accustomed to driving the denomination in sync with secular American culture, lose power to the Africans, who likely will become a church majority in ten years or less. The U.S. church has 7.4 million members and loses 50,000 “ 100,000 members annually. There were, at last count, 4.2 million in Africa, which gains over 200,000 annually.

As United Methodism globalizes, there is the question whether the U.S. church can fully adapt and pivot away from its liberal Mainline identity, which has experienced nearly fifty years of continuous membership decline, into a new, more robust global reality. There are reasons to be moderately hopeful. Even at its most liberal, United Methodism always retained a vibrant evangelical subculture, much of it fed by evangelical and denominationally unaffiliated Asbury Theological Seminary in Kentucky, which graduates more United Methodist clergy than any of the denomination’s thirteen official seminaries. It has also had a now forty-year-old influential evangelical caucus called “Good News,” which leads conservative advocacy at the church’s quadrennial convention.

As the largest Mainline denomination, with over 30,000 congregations, and outnumbering Presbyterians and Episcopalians by more than three to one, it’s also maybe the least susceptible to liberal elites. Methodists are traditionally more Main Street than the country clubbers who stereotypically worship at the Episcopal, Presbyterian, or Congregationalist church. A Methodist is as likely to watch Fox as PBS or belong to the NRA as the Sierra Club.

The decline of nearly all Mainline institutions, like missions agencies and publishing house, has also left many local churches depending more on evangelical parachurch teaching materials, including hymnody, than official curricula. In my own decidedly centrist United Methodist congregation, a current Sunday school features videos from a Florida evangelical minister. The most recent themed lesson I attended was on a literal Hell.

I’ve been going to Methodist churches nearly every Sunday all my life, not just near my home in suburban Northern Virginia but across the country in my travels. Most recently I was at a downtown church in Western Pennsylvania. Almost invariably I find a steady liturgy, historic hymns, aesthetically appealing traditional worship space, and sermons that are broadly orthodox. Congregations are friendly and typically represent Middle America. Church bulletins, in their descriptions of congregational ministries, indicate a rootedness in orthodox Christianity and a winsome community spirit representing the best of the old Mainline’s cultural legacy.

Denominational loyalties in America continue to collapse, and growing Christianity is mostly non-denominational. Its growth is a blessing but not indefinite. At some point American church goers may search again for the traditions that historic denominations offer. When so, some may again turn to Methodism, at that point more fully globalized, hopefully no longer debating same-sex marriage, and not really Mainline any more. Richard Neuhaus might be surprised and pleased.