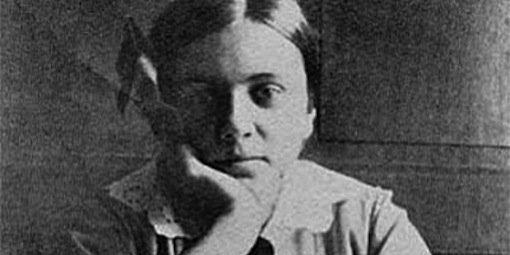 Comments on Adrienne von Speyr often rely on reading a couple of her books and von Balthasar’s partial biographies. His accounts—which are neither objective nor unbiased—are hagiographical, clearly written for a future possibility of canonization, an idea that von Speyr found laughable. Von Balthasar emphasizes her role in co-founding the lay Community of St. John and providing daily meditations for “her daughters.” But one cannot end there for any coherent understanding of von Speyr’s life. She also remained deeply involved in her own family (in the course of my research I have met and spoken to her brother, nephews, daughter-in-law, and grandson) and available to the many people, whether poor and needy or wealthy and notable, who came to her for advice and friendship.

Von Speyr was born and raised during the early twentieth century in a respected upper class family in Protestant Switzerland. She struggled against seemingly insurmountable obstructions from her family and by a prognosis of terminal tuberculosis as a teen to attain her chosen career as a physician. A strong and determined woman, she remained cheerful and outgoing throughout her life in spite of heart disease, diabetes, and cancer.

Much has been made of her marriages and her statements regarding sex and women, often anachronistically applying a post-sixties understanding of the sexual revolution to a woman raised in pre-World War upper class Europe. While her writings indicate a preference for celibacy, she had no available model to follow from her Protestant upbringing. She entered her first marriage to the widower Emil Dürr out of compassion for him and his young sons even though she had refused offers of marriage from others. She grew to love Emil deeply and was distressed by several miscarriages. After Dürr’s sudden death, von Speyr entered a celibate marriage with Werner Kaegi.

Consider for a moment her position as a young woman raising two boys in their early teens: They needed a father and role model; she needed a husband to maintain her social position and avoid possible scandal; Kaegi needed a wife to assist in his social responsibilities as a prominent professor. A marriage of convenience would not be remarkable in that time and culture. Kaegi cared about her life and her spiritual concerns. He was a generous and devoted father to her sons and grandchildren. For fifteen years he provided a home for von Balthasar which caused no scandal (unlike Karl Barth and Charlotte von Kirschbaum) as by this time von Speyr was an invalid and nearly blind. Even though Kaegi never converted, he supported von Speyr’s conversion and the Community, with whom he ate weekly meals to the end of his life.

Von Speyr was a charming and generous woman who lived a conventional upper class professional life as well as a full and devoted family life with many friends among prominent Swiss surgeons, artists, journalists, philosophers, and theologians. No contemporaries questioned her sanity or accused her of hysteria. The most controversial thing she did was to convert to Roman Catholicism in 1940, a secret that was discovered by accident several years later and set the Protestant city aflame with gossip. Her sons and husband knew, of course, but they kept the secret well. Eventually, her sons and others in the family converted, too, attributing their conversions to von Balthasar.

Reading today about von Speyr’s visions of hell and conversing with apparitions of Mary and St. Ignatius and other Saints sounds bizarre and one expects that she would have appeared quite strange to contemporaries. However, not even her closest family members knew anything about her mystical experiences until after her death when von Balthasar began publishing the rest of her writings. Her family knew that she spent nights in prayer, that she wrote journals and letters, that she had published a couple of small books, but they had never read them and were unaware of her mystical life.

Thinking with the Church

Von Speyr described her mystical experiences to von Balthasar only as her spiritual director and under the seal of the confessional. While some may consider their relationship as odd or psychologically questionable, it fits firmly into the long tradition of the female mystic and the priest or monk as amanuensis who takes down the visions and preserves them for the Church. For example, even though Hildegard of Bingen was well educated and literate in ecclesiastical languages, her secretary, Volmar, recorded her visions and wrote her letters. Similarly, von Balthasar recorded von Speyr’s visions and dictated contemplations. Of course, mysticism in and of itself is not a problem for the Church since we note the multitude of mystics included as Saints and even as Doctors of the Church. The Church’s criteria for judging a mystic remains a life of godliness and charity in addition to writings that do not contradict Church teaching. For this reason, von Balthasar made sure that all von Speyr’s German publications received the imprimatur .

Until recently, the controversies concerning von Speyr’s Holy Saturday writings had not been addressed seriously or directly. However, since von Balthasar states that von Speyr is the source of his concepts, any controversy concerning Holy Saturday in von Balthasar’s works directly involves von Speyr. Von Speyr explains that the Son journeys through the depths of hell in strict obedience to the Father, in the unknowing, unmoving, unremembering “obedience of a corpse” that she sees in the Suscipe prayer, rather than the popular image of the mythic hero entering the forecourts (not the depths) of hell with a blazing sword to release the pre-Resurrection Saints. One recent challenge to von Balthasar’s position comes from Alyssa Pitstick in her published thesis with what she calls “traditional doctrines on Holy Saturday.” Yet, Pitstick’s contentions must be viewed in light of what is absolutely required to believe as is laid out in the authorized Catechism of the Catholic Church . A thorough examination of the Catechism shows that very little is required outside of the Creeds, not even Pitstick’s “traditional doctrines,” and therefore leaves much ground available for theological discussion. Paul Griffiths acknowledges the latitude allowed in his article, “Is There a Doctrine of the Descent into Hell?”

The majority of von Speyr’s published works are biblical commentaries occasioned by her contemplations. In that sense there is a biblical rather than a dogmatic or systematic organization to her work. Von Speyr understood her contemplative insights to be for the Community’s immediate benefit. Her contemplations on the Gospel of Mark, for example, were written as “meditation points” for the lay sisters’ daily meditations. Thus, her reflections are not an attempt to explain concepts and doctrines in a comprehensive manner but are an invitation to the reader’s own contemplations with the goal of practical application.

Time for contemplation is the rule of thumb for reading von Speyr. She follows Ignatius’ recommendations of imaginatively placing oneself into the Gospel stories. She considers the people who meet the Lord: How does this one respond to the Lord’s invitation? How does the Lord reveal himself to that one? How open is this saint to the Lord in his or her prayers?

Take, Lord, and receive all my liberty, my memory, my understanding, and all my will—all that I have and possess. You, Lord, have given all that to me. I now give it back to you, Oh Lord. All of it is yours. Dispose of it according to your will. Give me your love and your grace, for that is enough for me.

For von Speyr, the Son’s perfect embodiment of the Suscipe reveals to the world the love of the Father and the Trinitarian relationships of complete openness and reciprocal love. Using the Suscipe rather than philosophical categories, she describes the unity and distinctions of the Persons of the Trinity with analogies of love and sacramental marriage that maintain a unity that cannot be severed by time and distance. Just as Ignatius wrote in everyday parlance so, too, von Speyr uses ordinary language to express complex theological concepts. Thus, her everyday analogies are absolutely crucial to understanding her theological notions.

Von Speyr presented a perspective on the Son of God’s descent into hell which would become integral to von Balthasar’s own theological considerations. For von Speyr, the victory of the Son consists in his perfect obedience to the Father by the assumption of the entire human condition, living and dying as the one wholly available, abandoning his prerogatives as in the Suscipe. His obedient love propels him through death and hell to the Father.

Just as with reading von Balthasar, picking up the shorter books will only give a fragmented introduction to von Speyr. To acquire an overview of her corpus and her theological perspective, one should read von Speyr’s four-volume commentary on the Gospel of John, remembering that her theological lens is the Suscipe. A popular Lenten devotional, The Passion from Within , can be read simply as a devotional while recognizing that the context must be found in John. The very different Book of All Saints contains interesting and disturbing observations of prayer. However, the point for von Speyr is not a definitive and objective insight into someone else’s prayer life since even our favorite Saints have feet of clay. Rather, all of von Speyr’s works point back to the reader, asking, “Do I aspire to a Suscipean life, one wholly available and obedient to the Father and permeated with the love of God?”

By canonizing both the Angelic Doctor and the Little Flower, the Church acknowledges the needs of different people to express authentic Christian lives in various ways. Von Speyr’s style of writing is not for everyone. However, for those who prefer readings without the framework of metaphysics or scholasticism, von Speyr provides spiritually challenging yet easily accessible meditations with deep theological insights. Just be prepared to ask: “Do I say Yes to God without hesitation, without reservation, without consideration?”

L. M. Miles wrote her Ph.D. dissertation on “Obedience of a Corpse: the Key to the Holy Saturday Writings of Adrienne von Speyr” at the University of Aberdeen.