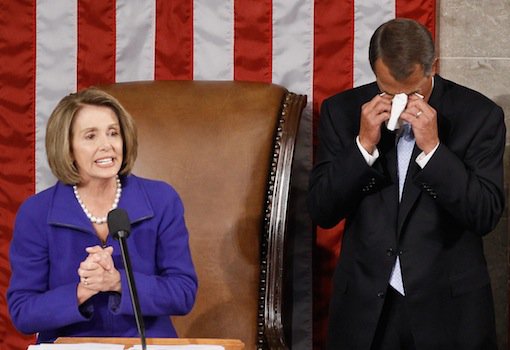 I remember a particular child custody case as a young lawyer. At the preliminary court hearing, opposing counsel and I engaged in a pretty heated hallway discussion. But lawyers argue for a living. I thought it was just the usual chest-bumping.

The case was called, but with the court docket full, we agreed to let the judge make an initial decision after a chambers conference. To my dismay, my opponent carried the argument.

As I was giving my client the bad news, the lawyer came up to me—and literally getting in my face, halitosis reeking—said in a triumphant voice easily heard by my client, “I told you I’d kick your butt!”

White rage! Losing was always hard. But having salt poured in the wound in front of my brokenhearted client was beyond the pale.

Embracing the sin of pride, I am ashamed to admit that the extra efforts I made thereafter (ultimately winning the case) weren’t just about doing the best job I could for my client. I wanted revenge. I learned something very important from that experience: Never make it personal.

Too bad our nation’s leaders didn’t get the memo. We were once told that “the personal is political.” Today, our problem is the reverse: The political has become deeply personal—and it is tearing us apart.

Take Obamacare. With the law seemingly imploding, liberal pundits and Democratic lawmakers are complaining bitterly that Republicans won’t work to help fix it. But why would anyone be surprised by Republican intransigence? Not only do they believe the law is very bad policy, but they are deeply embittered by the arrogant legislative process that brought it into being.

One event sticks out as an egregious example. Remember when House Speaker Nancy Pelosi realized she had the votes to win? Rather than pass the bill humbly and show sensitivity for the wounded feelings of Republicans, she instead led a triumphant march of House Democrats across the Capitol lawn—carrying a huge gavel to symbolize her triumph. Talk about a “making it personal” moment.

President Bush made the same mistake after the successful conclusion of initial combat operations in Iraq. First, he landed in a Navy jet on the deck of the Abraham Lincoln aircraft carrier wearing a flight suit, seen by Democrats as sending a hubristic message of presidential virility. Then, he gave a victory speech under a huge “Mission Accomplished” banner (actually hung by the ship’s crew).

But Bush’s real mistake wasn’t co-opting the banner’s tragically premature message as a visual aid. Rather, he seemed to be hogging all the glory. By not sharing the stage with Democratic office holders—such as Hillary Clinton, Joe Biden, and Harry Reid—who had defied their political base to vote for the war, Bush unleashed an avalanche of bitterness that would bury him in vituperation.

The latest example of our politics becoming too personal was the “nuking” of the Senate filibuster for all presidential administrative and judicial nominations (except to the Supreme Court). Maintaining power for the minority was a venerable Senate tradition. Now it’s the victim of a long descent into increasingly bitter disputation over presidential nominations that began with the intensely personal attacks that ended the thwarted nomination of Supreme Court nominee Robert Bork in 1987. We now face the prospect of a winner-take-all Senate that will devolve the already troubled legislative process in the upper chamber into the political version of the Hatfields and McCoys.

Of course politics, like law, is a rough-and-tumble profession. But like law it requires some level of comity to keep political adversaries from being seen instead as enemies. The former are still “us,” but enemies are seen as “the other”—to be destroyed, not accommodated and persuaded.

The lawyer who made that old case so personal to me was the exception. Most attorneys took great care to win their cases with humility, knowing that one day the roles could be reversed. We seem no longer to possess that particular wisdom in the way we wage contemporary politics. Comity is on its deathbed.