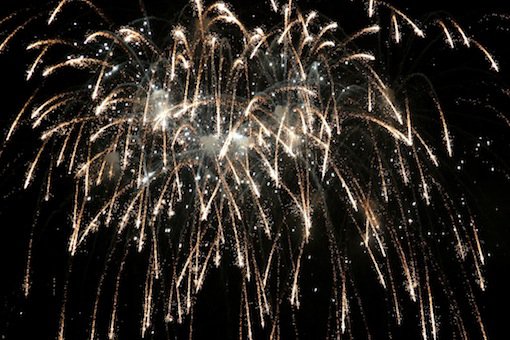 As 2013 draws to a close I’d like to look back at the past year for First Things magazine. We published some winners, to be sure, but also some losers. And so, with Lot’s wife as a warning against dwelling on the past, here are some observations.

The biggest embarrassment came when we discovered that sections of the extended intervention into the French debate about gay marriage and adoption by Grand Rabbi of France Giles Bernheim, “Homosexual Marriage, Parenting, and Adoption,” were plagiarized. To make matters worse—for me at least—some portions were taken from Christian sources, including the writings of John Paul II. Shouldn’t I have noticed?

Our biggest flop was the essay by Paul D. Miller, “Afghanistan, Justice, and War,” along with responses by Andrew Bacevich, Paul Griffiths, Mark Henrie, and George Weigel. The quality was good, but interest low. My interpretation of the relatively tepid response: Our spectacular failure in Iraq (spectacular when measured against our stated goals, which were very ambitious) has made most of us pessimistic about our capacity to use military power to shape world affairs. Leave or stay in Afghanistan? We suspect that the outcomes, mostly bad, will very likely be the same no matter what we do.

My biggest mistake was to predict that the College of Cardinals would elect a pope who came of age after Vatican II (“The Next Pope”). Instead, they selected Cardinal Bergoglio, a man who was formed as a Jesuit during the ferment and optimism of the years just prior to and during Vatican II. I had imagined a younger and therefore late twentieth-century man. Pope Francis is a mid-twentieth century man.

Closely related was my overconfident view, expressed in “Rahner the Restorationist,” that Karl Rahner is passé. He was the great muse of the decade or two after Vatican II. By my reckoning, the social conditions that made him so alluring—most importantly the nostalgia for an integral Christian culture—are no longer in place. But Pope Francis shows me mistaken. He talks very much like a Rahnerian, not the least when he treats unbelievers as “anonymous Christians,” a key concept in Rahner that allows one to baptize secular culture.

Measured in volume and intensity, David Bentley Hart’s reflection in his Backpage column on the limits of natural law in public debate today (“Is, Ought, and Nature’s Laws”) generated the most controversy. Bloggers rose up to refute him. Once roused, he refuted the refuters (“Nature Loves to Hide”). The debate continued to rage, evoking yet another Hartian response (“Purpose and Function”).

The tempest suggests that natural law thinking, broadly understood, plays a very important role in our efforts to think our way beyond the moral myopia of our time. I don’t think Hart would disagree. What he wishes to emphasize, however, is that the renovation of our moral reasoning will require the renewal of our metaphysical imaginations.

Another source of extensive commentary has been Dana Gioia’s programmatic statement about Catholicism and literature, “The Catholic Writer Today.” Published in our final issue of 2013, early returns suggest it be one of most talked about essays in a long while. Take away: Readers care about the politics of the imagination, and rightly so.

Ephraim Radner penned the hardest hitting review in 2013. In “Unmythical Martyrs” he sharply criticized Candida Moss for playing to secular liberal prejudices in The Myth of Persecution. Do we really need another Elaine Pagels?

David Bentley Hart wins the palm for gentlest review. His loving appreciation of Dante’s Divine Comedy in “Dante Decluttered” cast a soft and complimentary light on the recent translation by Clive James, which Hart commends.

Choosing the biggest success of the year is tricky. I’ll cheat a little by handing out more than one first prize.

The mid-year forum, “The Challenges We Face,” reflected an important moment of collective self-examination. A consensus of sorts emerged. When First Things was founded, Richard John Neuhaus and his co-conspirators thought a renewed religious voice in public life could reshape American politics. Neuhaus called it the “Catholic Moment.” By contrast, now we seem to be living in the “Secular Moment.” In my view this tempts us to accept a soft dhimmitude imposed by secular elites, a temptation that we need to resist in every possible way.

“2012 Supreme Court Roundup” by Michael McConnell was a tour de force, very likely the best thing written about the Supreme Court’s decisions during 2013. The analysis exhibits a passion for the rule of law that I find admirable and inspiring.

Honest, insightful, gentle: Elizabeth Corey’s contribution to the mommy wars, “No Happy Harmony,” was a winner. Many of the painful tensions mothers feel (and fathers as well, though in different ways) cannot be resolved by family-friendly workplace policies. They stem from deeply rooted existential conflicts.

Alan Jacobs provided the most penetrating analysis this year. His essay, “Lena Dunham’s Inviolable Self,” an analysis of Girls, the HBO series written and starred in by Lena Dunham, argues that Dunham sees a great deal of life operating on the surfaces. Her inner self remains inviolable, and therefore untouched by the cruelty and crudity of what passes for intimate life today. Ah hah, I found myself exclaiming, this is why we see so much sarcastic wit when we expect anguish and tears.

Enough. I’m vaguely aware of the faint taste of salt in my mouth and don’t want to risk another moment of retrospection. Monday after next I plan to take up a decidedly forward-looking stance, reflecting on what I see as the key issues we need to address in 2014.

R.R. Reno is editor of First Things. He is the general editor of the Brazos Theological Commentary on the Bible and author of the volume on Genesis. His previous articles can be found here.