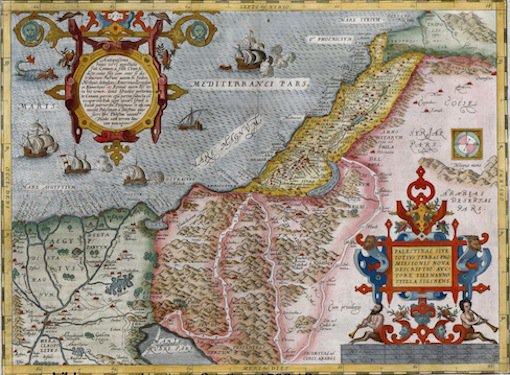 There is a small but growing movement among evangelicals against unique friendship for Israel, embodied by the recent “Impact Holy Land” conference hosted by Evangelicals for Social Action in Philadelphia. Among the prominent U.S. and Palestinian church voices who spoke was Lynne Hybels, co-founder with her pastor husband Bill of the Chicago area Willow Creek Church, which itself spawned a widely replicated model for especially non-denominational congregations.

Speaking thoughtfully and temperately, Hybels made the case for evangelicals to be what one prominent evangelical relief group calls: “Pro-Israel. Pro-Palestine. Pro-Peace. Pro-Justice. Pro-Jesus.” Citing Christian Zionist critics, she related that she’s been called a “threat to the state of Israel, a subtle (and therefore extremely dangerous) anti-Semite, a spokesperson for the PLO, and a Christian Palestinianist who traffics in anti-Israel propaganda and historical misinformation.”

Hybels also recalled that she’s been accused of participating in a “massive effort in the heart of the evangelical church to lure its members—especially its youth—away from the pro-Israel position God commands to an uncritical and unbiblical support for Palestinians.”

Rebutting these allegations, Hybels insisted she is “thankful for the State of Israel.” She also explains she believes Palestinians must be “free from military occupation” and “have an equally valid right to live in the land and should have the same civil rights that are afforded to Israeli Jewish citizens, whether that’s in one state, two states, or however many states.” She hopes for a time when Jews and Arab are “living peacefully and equally as brother and sisters.” But she thinks Israel’s “occupation of the West Bank and the continuing blockade of Gaza is a violation of human rights.”

Hybels rejected “any violence against civilians, whether carried out militarily or through guerrilla tactics.” And she prayed that the “gentle community we create will become a space in which Jesus can do his best work of healing, redeeming, and transforming each of us in the ways we most need.” Whether or not official macro peacemaking works, she emphasized “grassroots level of relationships” and “little enclaves of peaceful relationships from which peace can bubble up.”

Such a hope is laudable, but Hybels’ specific goals are largely undefined. She reflects the vague aspirations of the “Pro-Israel, Pro-Palestine” movement among mostly left-of-center evangelicals. They resent and often caricature the ostensibly simplistic and unquestioning support that Christian Zionists give Israel. They understand that U.S. evangelicals’ historically pro-Israel views explain much of America’s alliance with Israel. And they clearly hope that persuading many evangelicals into a more neutralist stance, if not openly partial to Palestinians, could have significant geopolitical repercussions.

What do “Pro-Israel, Pro-Palestine” evangelicals hope that American and Israel will do to achieve their vision of peaceful co-existence? It’s never really clear. America and Israel have tacitly accepted the concept of a Palestinian state since the Oslo Accord of 1993, which also created the Palestinian Authority. At the Camp David Summit of 2000, America and Israel offered Palestinians a state that would include Gaza and about 90 percent of the West Bank. Yasser Arafat rejected the offer, insisting on a “right of return” for all four million or so descendants of the original Palestinians who lived before 1947 in what is now Israel. He instead fomented the second Intifada of sustained violence against Israel.

An unlimited right of return ultimately would overthrow Israel as a mostly Jewish nation and achieve what Palestinian violence and Arab armies have not. “Moderate” Palestinian officials since Arafat have offered lip service to two states and peaceful co-existence with Israel, but with a right of return, and with implied assurances to their own people that such a deal is only an interim step to Israel’s ultimate demographic eradication. Hamas, of course, ruling Gaza, and having won the last free general election among Palestinians, does not bother even with this rhetoric, urging direct elimination of Jewish Israel. Most polls show that most Palestinians, while hoping for peace, do not accept Jewish Israel as a permanent reality.

So how do evangelicals like Hybels suggest reaching peace with a people who largely do not want to co-exist with their adversaries? They never say. Instead, they focus on the injustice of Israel’s occupation, while granting that Palestinian violence is also bad. The tone of what they opaquely advocate sounds moderate, and they contrast their own reasonableness with selected polemical rhetoric from some Christian Zionists.

Yet they usually fail to note that Israel has already offered to withdraw from nearly all of the West Bank under conditions. Their characterizations of both Israeli policies and Christian Zionists typically resort to stereotypes. About the latter, for example, they imply that Christian support for Israel relies on particular beliefs about biblical prophecies while they ignore more prudential arguments in Israel’s favor. Most non-evangelical Americans also are partial to Israel, and for reasons having little to do with prophecy.

Evangelical exponents of the “Pro-Israel, Pro-Palestine” stance are well intentioned. They doubtless are not anti-Semitic and do not want to see Jewish Israel eradicated, although Hybels’ reference to a “one state” solution is interesting. Sincerely they want Jews and Arabs living “peacefully and equally as brother and sisters.” But they won’t admit what happens if one side refuses their vision.

Evangelicals who are “Pro-Israel, Pro-Palestine” are reminiscent of similarly well intentioned and naive church activists of thirty years ago who eagerly advocated peaceful accommodation and disarmament during the Cold War. Like these evangelicals, who point to genuine hardships suffered by Palestinians under occupation, those church activists cited often genuine injustices by the U.S. and its allies in their struggle against the Soviet Bloc.

As church peace activists relentlessly chanted, during the Cold War America was often racist, indifferent to poverty, supported dictatorships, deployed nuclear weapons that could kill millions, and slew countless thousands in proxy wars. And yet America’s disarmament or defeat during the Cold War would have meant have disaster, slavery, and war for much of the world. America’s victory in the Cold War benefitted the whole world, including, above all, the captive peoples of the Soviet Bloc.

Evangelicals like Hybels who are “Pro-Israel, Pro-Palestine” have some facts on their side regarding Palestinian hardships. But they don’t have the large picture on their side regarding the crux of the conflict. And what they advocate, which is mostly more concessions to Palestinian demands, if heeded, likely would create chaos and greater injustice for all. Being genuinely “Pro-Israel, Pro-Palestinian” means helping Palestinians understand that Israel is a permanent reality and that Palestinians, as the Jews over the last seven decades, should build their own nation instead of seeking to dismantle another. Such a pursuit would be more genuinely “Pro-Peace, Pro-Justice and Pro-Jesus.”