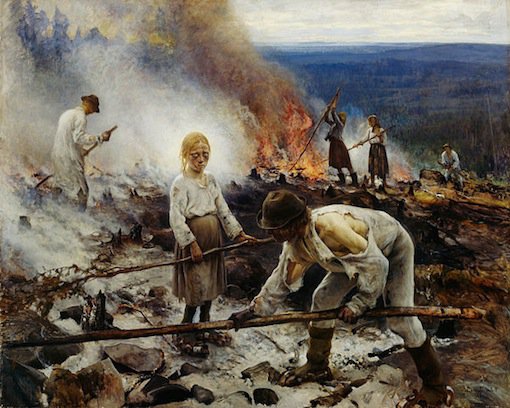 Pope Francis has ignited a useful and necessary conversation about our responsibilities to the poorest of the poor—those who some may be tempted to write out of the script of history as hopeless cases. That conversation would be enhanced if participants in it took a close look at Paul Collier’s suggestive book, The Bottom Billion: Why the Poorest Countries Are Failing and What Can Be Done About It (Oxford University Press).

Collier shares the Holy Father’s passion for the well-being of the poorest of the poor. As he wrote, “I have a little boy who is six. I do not want him to grow up in a world with a vast running sore—a billion people stuck in desperate conditions alongside unprecedented prosperity.” The poorest of the poor—the “bottom billion,” in Collier’s trenchant phrase—should be a challenge to everyone’s conscience.

Meeting that challenge means getting the facts straight, both about our current circumstances and the best means of fostering prosperity.

As for our current circumstances, Collier’s book was published in 2007, before financial dislocations shook the world economy, but the basic picture he drew remains valid: there are some 7 billion people on Planet Earth; 1 billion or more of us enjoy unprecedented material prosperity; another 5 billion or so are en route to prosperity, although at different rates and to different degrees; and then there are Pope Francis’s “peripheries,” the “bottom billion,” who live in the 21st century as a matter of chronology but whose reality, Collier wrote, is “the 14th century: civil war, plague, ignorance.” On Collier’s reading of the data, most of the world’s poor are in fact getting not-poor (think of China and India), but the poorest of the poor (think large swaths of Africa) are sliding down a slippery slope to whatever lies beyond destitution.

The question, as ever, is: why?

The poor who are getting not-poor have, in the main, been incorporated into global systems of production and exchange: sometimes roughly, to be sure, and often unevenly, but where economic growth lifts large numbers of people out of poverty, that growth comes from being part of a global market, not from any other source. By contrast, the poorest of the poor, the outliers of the “bottom billion,” are disconnected: disconnected from the global economy and disconnected from the skills and habits necessary to participate in what has become a world market.

And why is that? Collier, who studied the varying impacts of development assistance at the World Bank before teaching economics at Oxford, lists four “traps” that hold the “bottom billion” down. There is the “natural resource trap,” in which oil, minerals, or other marketable resources make a few oligarchs and politicians rich but deflect a country’s attention from pursuing the human and material infrastructure of genuine economic development. There is the “conflict trap,” in which countries are destroyed, economically, by civil wars and/or genocides. There is the “bad governance trap,” in which corruption and misgovernance waste development aid and make it impossible for investment to flourish (given what amounts to endemic lawlessness). And there is the curse of geography, by which landlocked countries in a bad neighborhood find their commerce and communications strangled.

All of which suggests that John Paul II was right when he proposed that the poorest of the poor suffered most from marginalization: from being trapped outside the networks where human economic creativity flourishes, wealth is created, and the poor become not-poor.

Providing effective assistance to the “bottom billion” is neither simple nor easy, but it is morally imperative. If getting countries not-poor were just a matter of money, the vast sums that have been spent on development assistance since the era of de-colonization would have done the job. But the job has manifestly not been done. That is no reason to abandon development aid. The challenge is to deploy development aid, and other instruments of foreign policy, more intelligently and strategically, providing immediate assistance to the desperate while helping build public cultures that can sustain productivity, exchange, and prosperity.

George Weigel is Distinguished Senior Fellow of Washington’s Ethics and Public Policy Center. His previous articles can be found here.